Venice is an island that is divided into six neighbourhoods, the Italian word for ‘sixth’ is sesto and so they’re called sestieri. A sestiere is the same as a ‘quarter’ in any other European city; that is, one fourth of a Roman encampment. This urban plan is quite common in many cities throughout Europe.

The Sestieri have been around since Venice was founded and each one of these neighbourhoods was once governed by a Caposestiere whose task was to monitor and manage residents’ behaviour.
This administrative model was also exported to some of the territories conquered by the Serenissima. 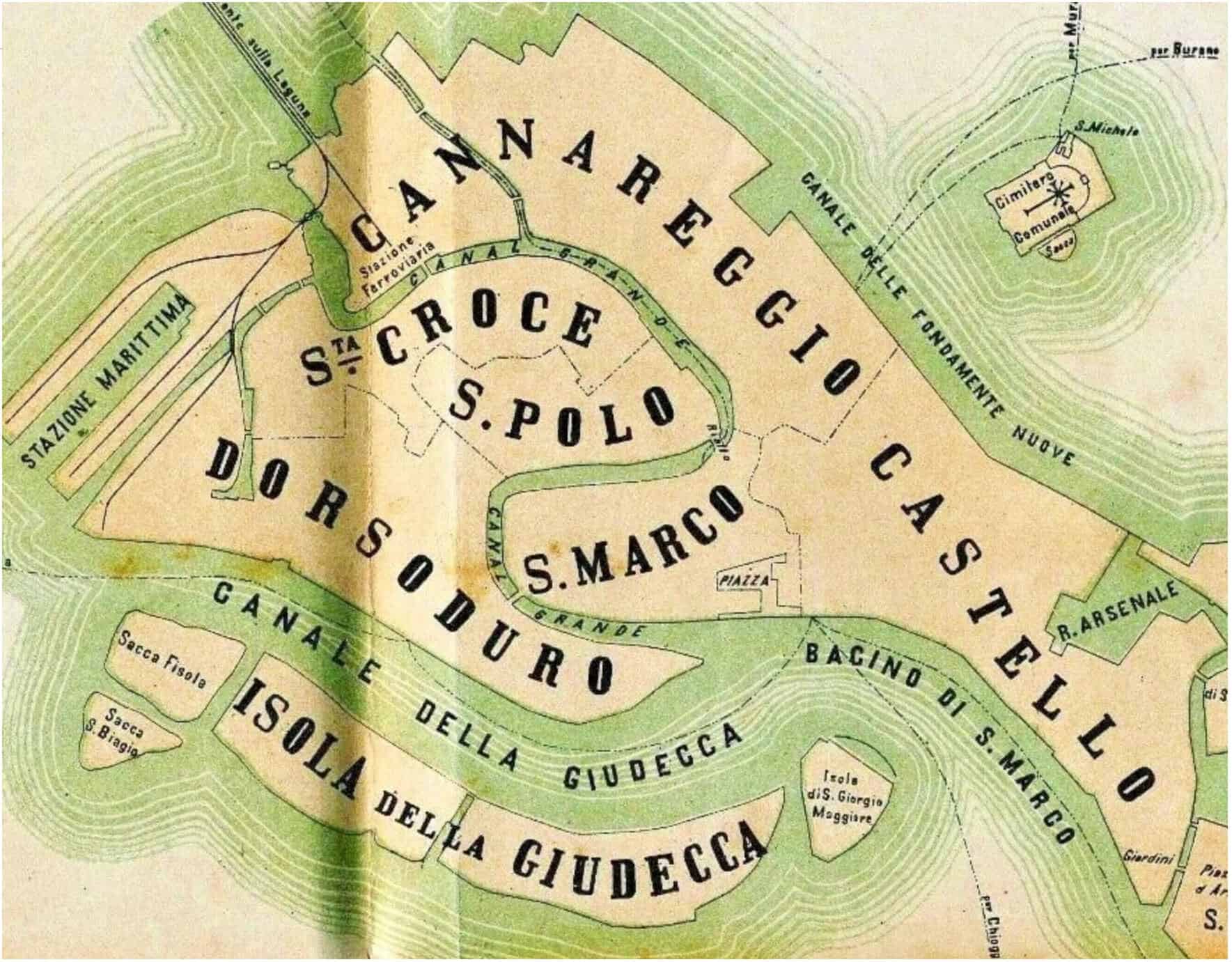 Each of Venice’s six neighbourhoods has a name: 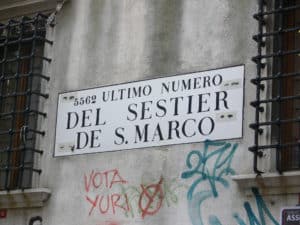 As you’re walking around Venice, you’ve surely noticed that many houses have house numbers up to four-digits long: the house numbers are unique for each neighbourhood, which means that each sestiere starts over from 1 and can continue as far as 7000, as is the case in Cannaregio. 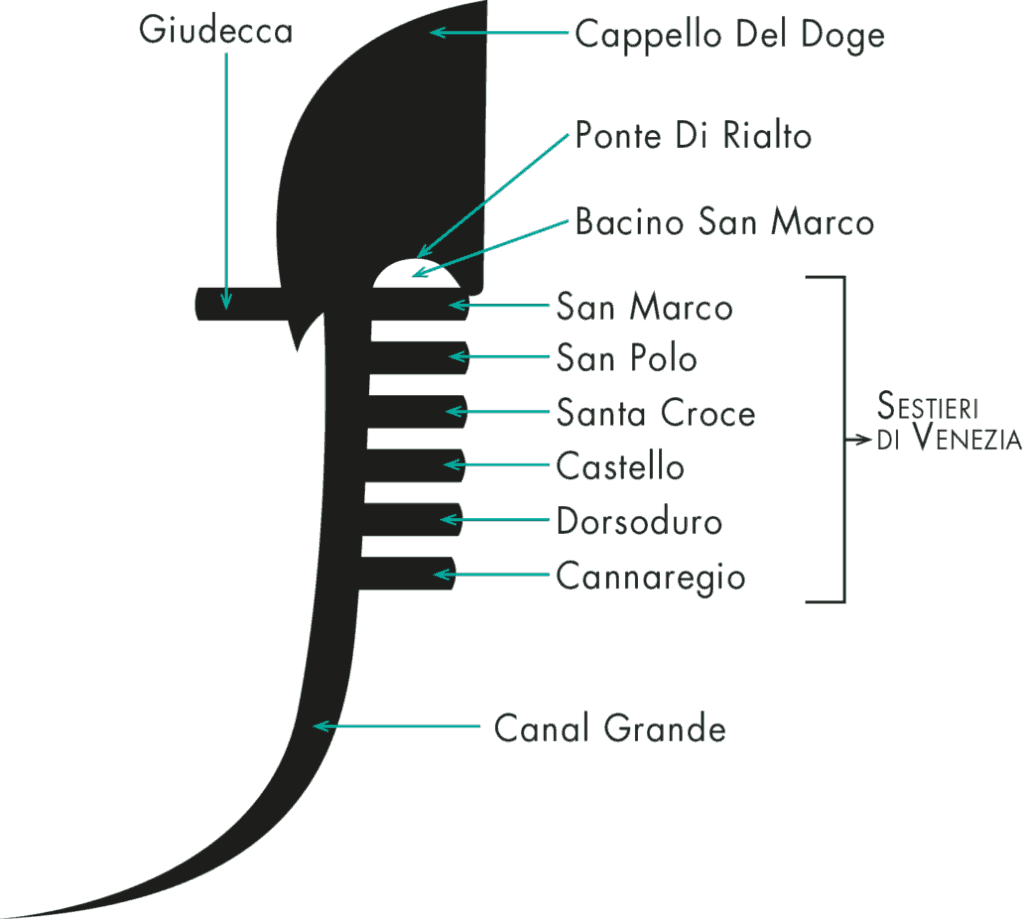 Curiosity:
They say that the ornament on a gondola’s prow, the ferro da gondola, is a compact representation of the city. The six sestieri are symbolically represented by the six prongs that point forward and the island of Giudecca by the one pointing aft.
The ‘S’ shape resembles the curves of the Grand Canal, and the little arch over the topmost prong symbolises the Rialto Bridge. The broadly curved top signifies the Doge’s Cap, the headdress that was only worn by Venice’s ‘duke’ or chief magistrate, the Doge.

Even if it is only a legend, it’s nice to think that it could be true. It certainly makes the image of the gondola even more interesting and mysterious. What’s more, it certainly makes it easier to remember the names of Venice’s sestieri! 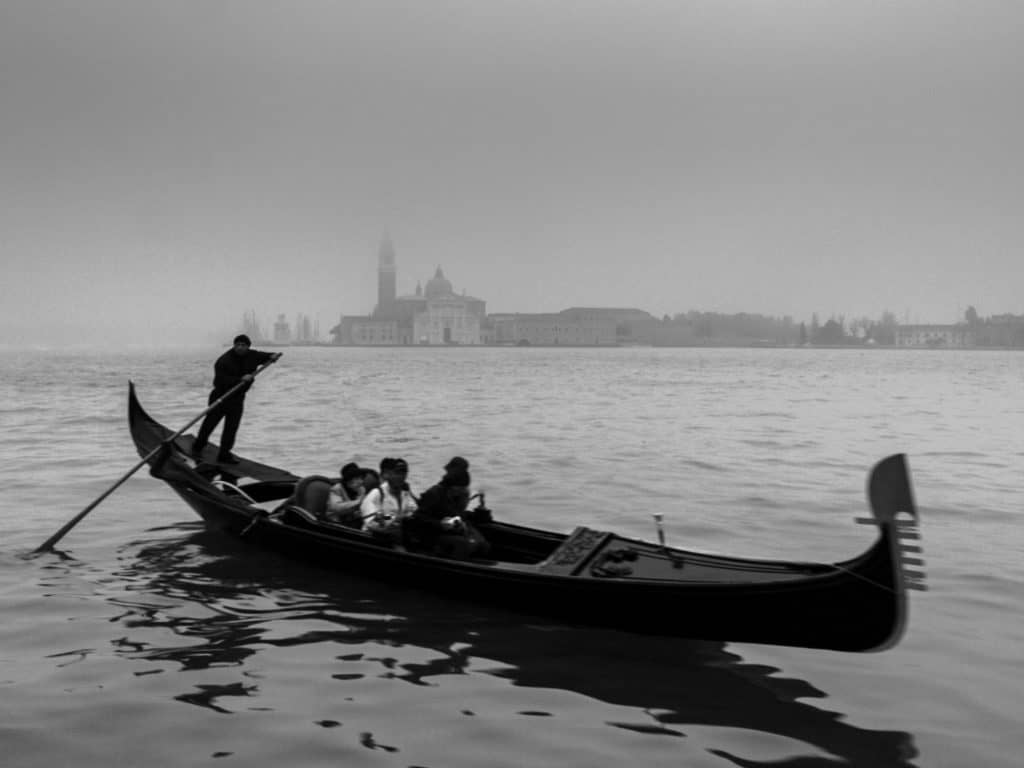 Photography by Shaun Bowden, courtesy of the page dedicated to the Gondola per en.wikipedia.org